In the not too distant future electric vehicles will be the majority on roadways around the world. To get a glimpse of what this means for us motorcyclists I picked up a 2015 Zero S. I’ll admit, I’m afraid of change when it comes to vehicles leaving the glorious sounds and smells of internal combustion for clean and quiet electric motors. While I’m in no hurry to get an electric car, being a motorcycle enthusiast compels me to at least try out the future of our beloved machines. The Zero S I picked up is certainly not a bike of the future design wise, it’s actually a design thats been on the market quite awhile in pretty much the same form with only battery and motor updates for the most part. This of course changed this year with their new redesigned models being released so I will probably need to test ride one of those soon. 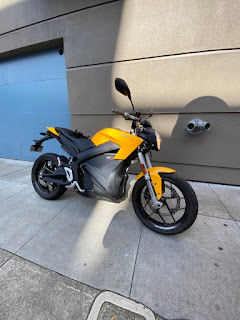 The example that I purchased has been sitting in a parking garage for a few years without much use so I was able to get a decent deal. It needed to be gone through before riding, but I figured since it’s electric there aren’t as many things that need attention so I chanced a ride to the shop. This was a test of my riding skill as the brakes were not working very well, requiring a couple pump at each stop to engage fully. Luckily for me the electric regen helps slow the bike down so I just kept it slow and got a right hand grip workout during the ride. 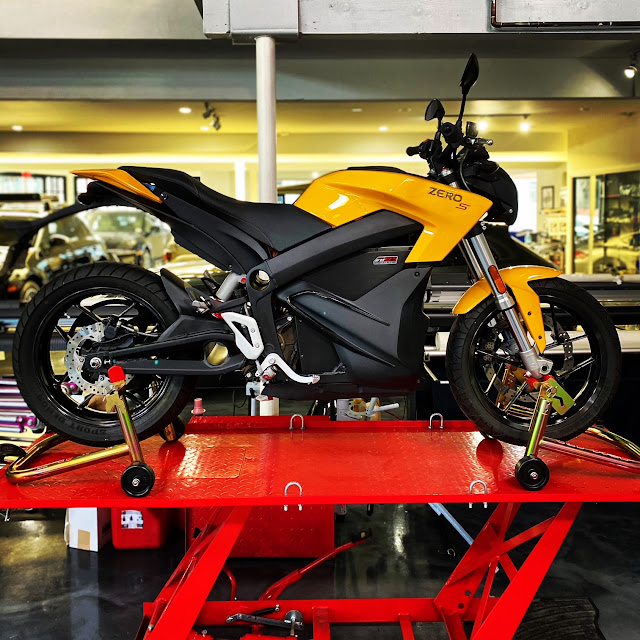 Once at the shop, the Zero was steam cleaned to remove the layers of dust and degrease the bottom of the motorcycle. After the clean up it was time to get those brakes working. As you can see in the pictures it was looking like syrup. Not the good 100% maple syrup, but some of that diabetes causing McDonalds type syrup. A full flush of the front and rear master cylinders followed by a good bleed and top off with fresh fluid. 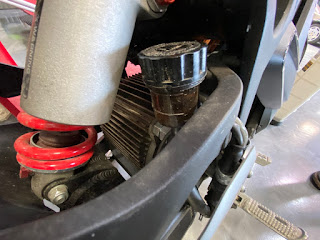 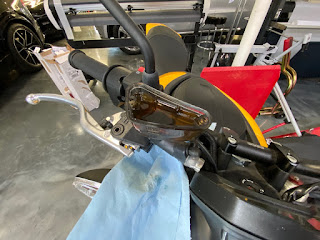 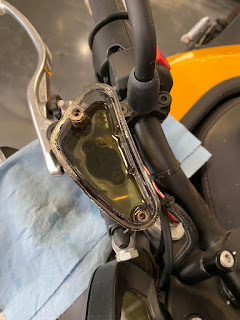 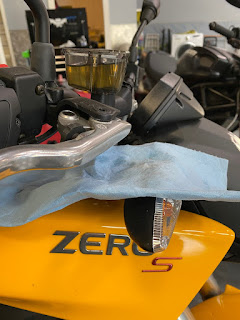 With the brakes working, proper tire pressure, and a full charge overnight, there was nothing left but to ride. 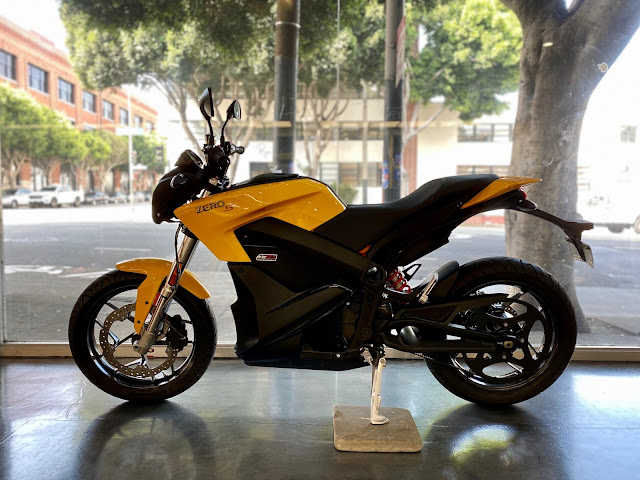 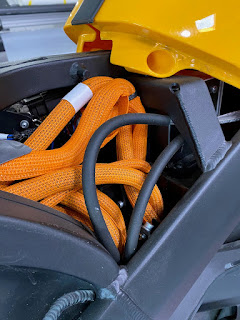 My overall thoughts on the Zero S is that it makes a great city bike or short commuter. The overnight charging with the base charging system being the limiting factor. I pretty much kept it in sport mode the entire time I rode it, only briefly switch to try other modes. In sport it gets going pretty quickly with a constant pull since there are no gears. The throttle isn’t as linear as another E bike I rode shortly after, the Energica, but those are a lot more pricey than this Zero S. At well under $10k in the used market these are a decent introduction to the world of electric motorcycling.