On the way to Austin we stopped at Buc-ees which was the most amazing gas station I’ve ever seen! 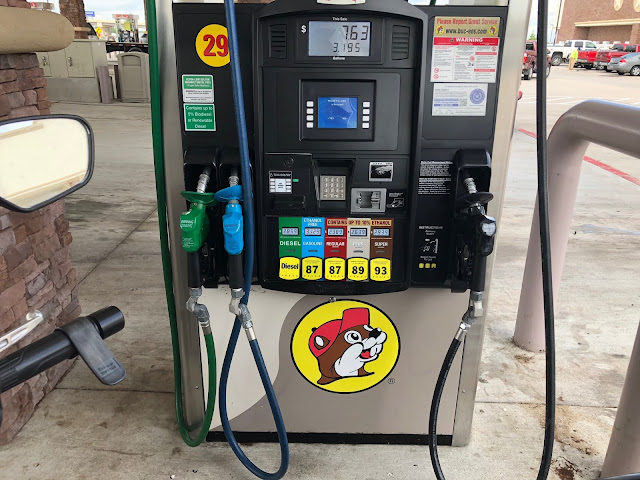 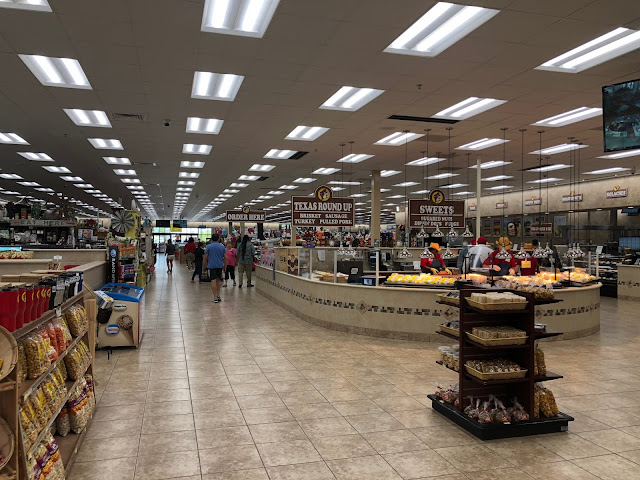 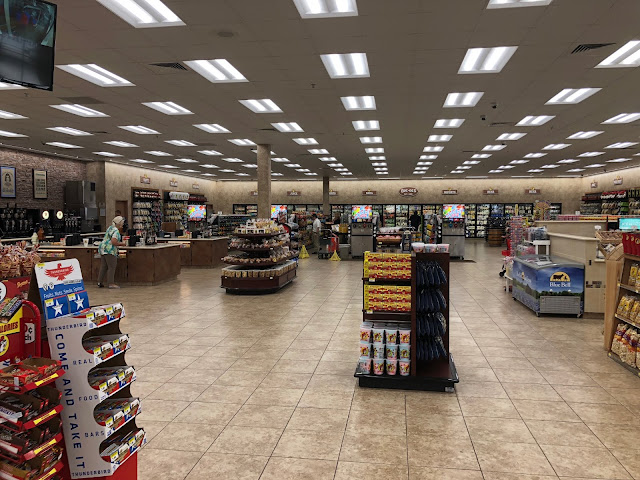 First stop in Austin after checking in was Franklins BBQ. Ari didn’t know, but I purposely chose the motel in Austin because it was walking distance to Franklins. 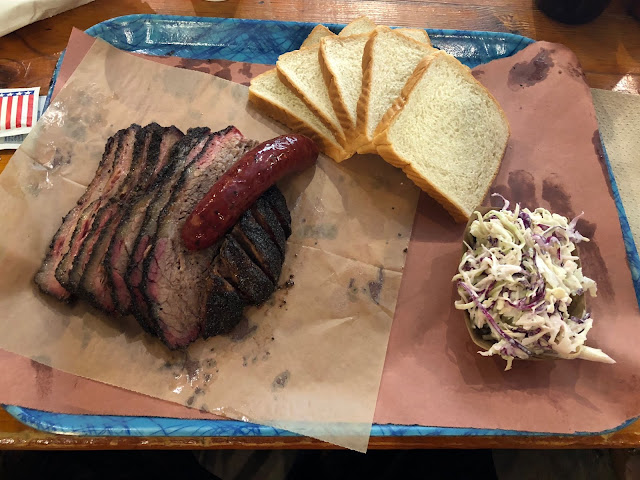 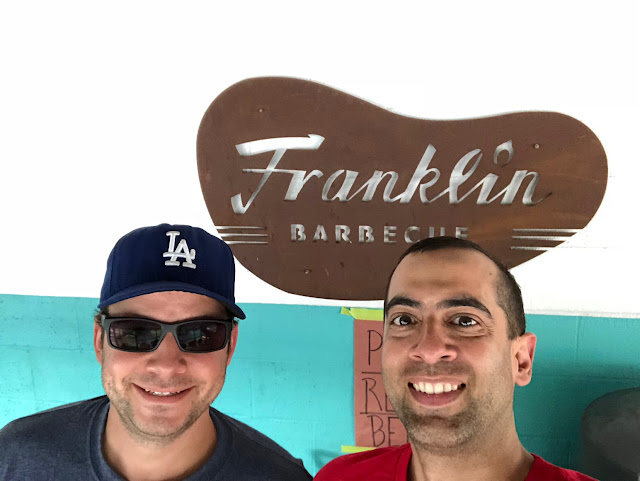 Made it just in time before they sold out! 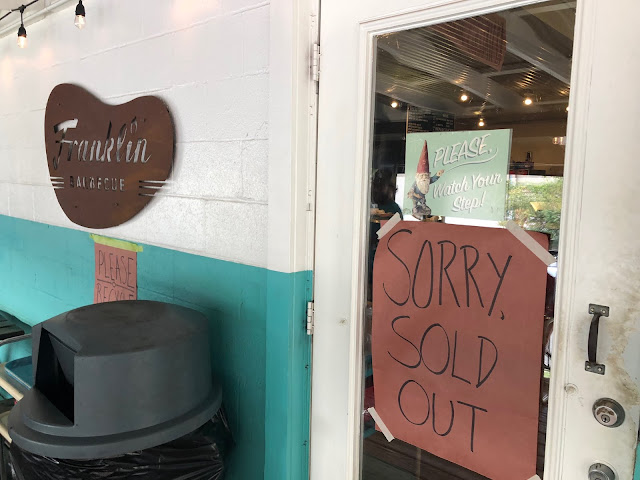 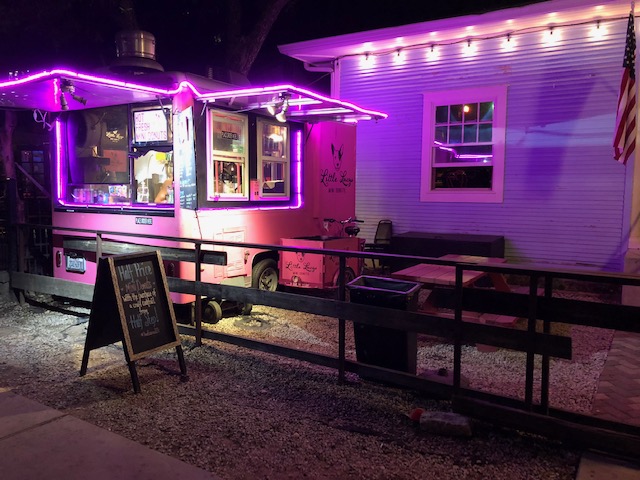 Free breakfast at the motel before we left! 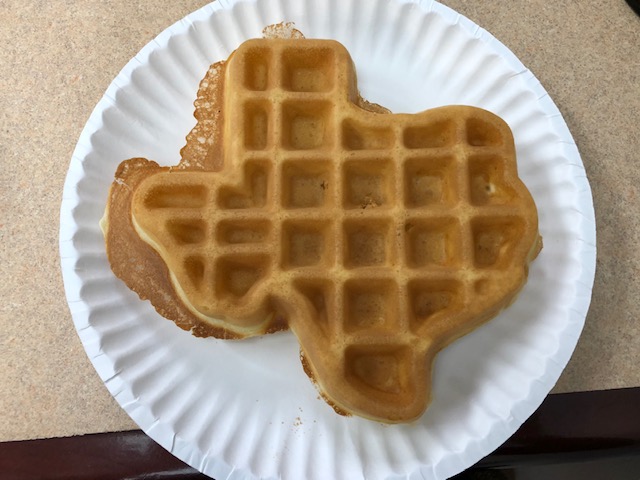 Just as we were packing to leave this young lady pushes her Puch moped up to us asking for help. She was out of gas and late for work so Ari gave her a ride to work on the back of the Hog 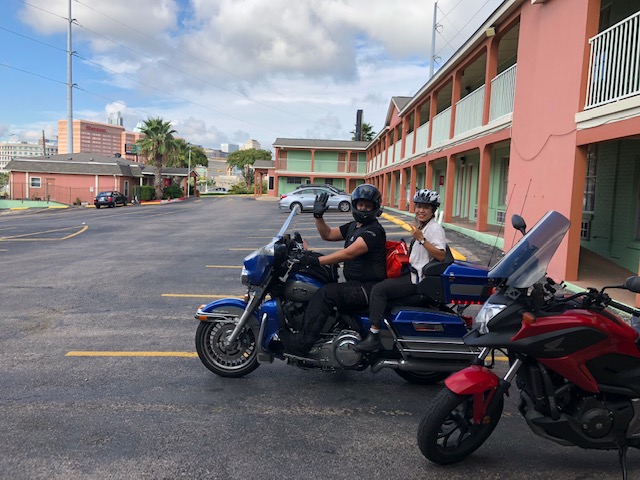